Hazūr Sāhib  also spelled Hazoor Sahib, also known as Takht Sachkhand Sri Hazur Abchalnagar Sahib and Abchal Nagar, is one of the five takhts in Sikhism. It is located on the banks of the River Godavari at the city of Nanded in the state of Maharashtra, Western India. The gurudwara within the complex is known as Sach-Khand (Realm of Truth). 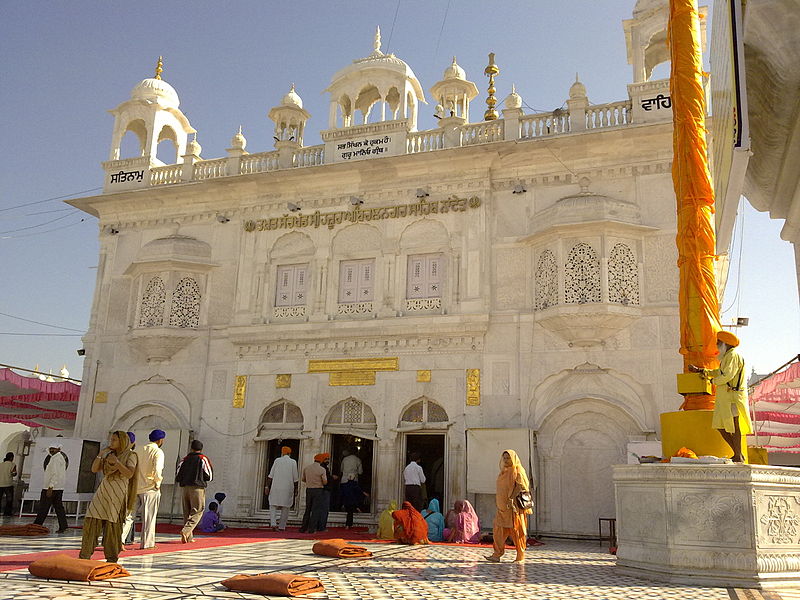 Hazur Sahib marks the site where Guru Gobind Singh had his camp in 1708. The Guru held his court and congregation here and was convalescing after being attacked by two would-be assassins. One of the attackers stabbed the Guru, and was killed by him with a single stroke of his talwar (curved sword). The other was killed by his followers as he tried to escape.

The Guru’s wound was deep but initially healed after being stitched by an English surgeon sent by Bahadur Shah I, who served as his doctor, and Dara Shikoh before him. However, the wound re-opened a few days later when the Guru was stringing a bow for one of his Sikhs and the Guru Joti Jot after declaring the Guru Granth Sahib as his successor.

The Sikhs built a room over the platform where Guru Gobind Singh would sit while holding his court and installed the Guru Granth Sahib on it. They called it Takhat Sahib. Guru Gobind Singh, while conferring Guruship on the holy Book, had himself named Nanded as “Abchalnagar” (literally “Steadfast city”) after the first word of a hymn read at random on the occasion.

In October 2008, the 300th-anniversary celebration of the Guruship of Guru Granth Sahib took place here. This site is now one of five Takhats which are places of primary importance to the Sikhs. The other four takhats are: Akal Takhat at Amritsar, Takhat Keshgarh Sahib at Anandpur, Takhat Patna Sahib in Bihar and Takhat Damdama Sahib in Talwandi Sabo, Bhatinda, Punjab. 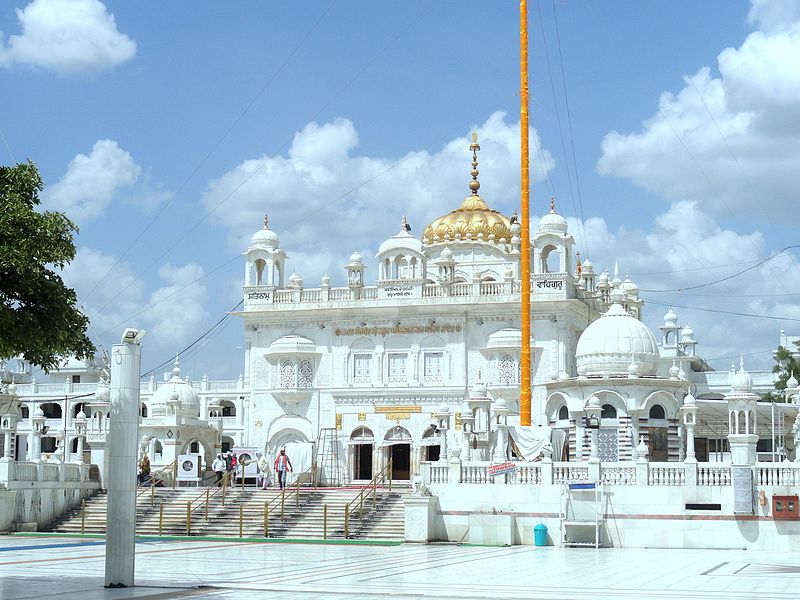 Sachkhand had been used by Guru Nanak to mean the abode of God. Ranjit Singh had the present building of the Takhat Sahib constructed with money, artisans and labor sent from Punjab during the early 1830s. Around the same time, the Nizam of Hyderabad State a Muslim ruler of the Deccan Region raised a contingent of Northern Sikhs as part of his army.

Most of these men settled permanently in Hyderabad State and also devout Hindus of the Deccan embraced Sikhism in the 19th century. Hindus also have high regard for the Guru Gobind Singh and gurudwara.

The control of Takhat Sachkhand Sri Hazoor Sahib, which had formerly passed into the hands of Udasi Sikh priests was regained by the Sikhs under the influence of the Singh Sabha Movement of the late nineteenth century. Some of the ‘rituals and ceremonies connected with working’ are peculiar to this Takhat Sahib.

In 1956 an Act was passed by the legislature of Hyderabad under which the management of the Takhat Sahib and other historical Gurdwaras was legally placed under a 17-member Gurudwaras Board and a five-member Managing Committee.

The Takht houses both the Sri Guru Granth Sahib Ji and the Sri Dasam Granth. This follows the pattern of Takht Sri Patna Sahib.

Nanded is the holy city where Baba Banda Singh Bahadur had his ashram and Baba Banda Singh started his journey of Khalsa victory from Nanded only, has a very high place in the national history of India.

This shrine differs from other historical places of Sikh worship, here all ancient customs which were practised at the time of the Guru are still practised, for example, sandal-wood tilak is still applied on the foreheads of priests and local devotees.

The most important aspect of this holy shrine is that there are two sanctum sanctorum here. While all the functions are carried out by the priests in the outer room, the inner room is a vault which houses priceless objects, weapons and other personal belongings of the Guru. No one except the head priest can enter this holy vault.

In 2008, the 300th Gurudomship ceremony of Guru Granth Sahib and 300th Joti Jot anniversary of Guru Gobind Singh were celebrated on a grand scale at Hazoor Sahib, Nanded. The then Prime Minister of India, Manmohan Singh also addressed to the Sath-Sangat on the main event function. To publicise the event the “Jagriti Yatra” was arranged which travelled through different cities across the country and also some places in abroad.

How to Reach Hazur Sahib Nanded: