Takht Sri Patna Sahib also known as Harmandir Sahib, is a Gurdwara in the neighbourhood of Patna Sahib, India. It was to commemorate the birthplace of Guru Gobind Singh, the tenth Guru of the Sikhs on December 1666. It was built by Maharaja Ranjit Singh (1780-1839), the first Maharaja of the Sikh Empire, who also built many other Gurdwaras in the Indian subcontinent. The current shrine of Patna Sahib or Takht Sri Harmandir ji Saheb was built in the 1950s. 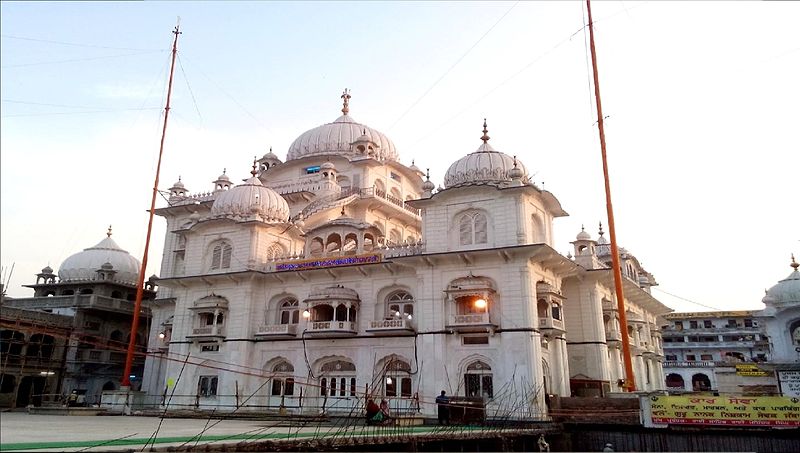 Guru Gobind Singh, the tenth Sikh Guru, was born in Patna, Bihar, in 1666. He also spent his early years here before moving to Anandpur. Besides being the birthplace of Guru Gobind Singh, Patna was also honored by visits from Guru Nanak as well as Guru Tegh Bahadur.

The Gurudwara has a small museum in its premises which houses some relics belonging to the Sikh Gurus. These include hand written orders known as “Hukumnamas” of Guru Gobind Singh and Guru Tegh Bahadur that are preserved in a book. Other artifacts include a sacred sword, a pair of sandals made of ivory, four iron arrows and a cradle with gold plated stands. The holy shrine is visited by many devotees and is beautifully preserved till date.

Inside Patna Sahib, where Guru Gobind Singh ji was born in 1666. 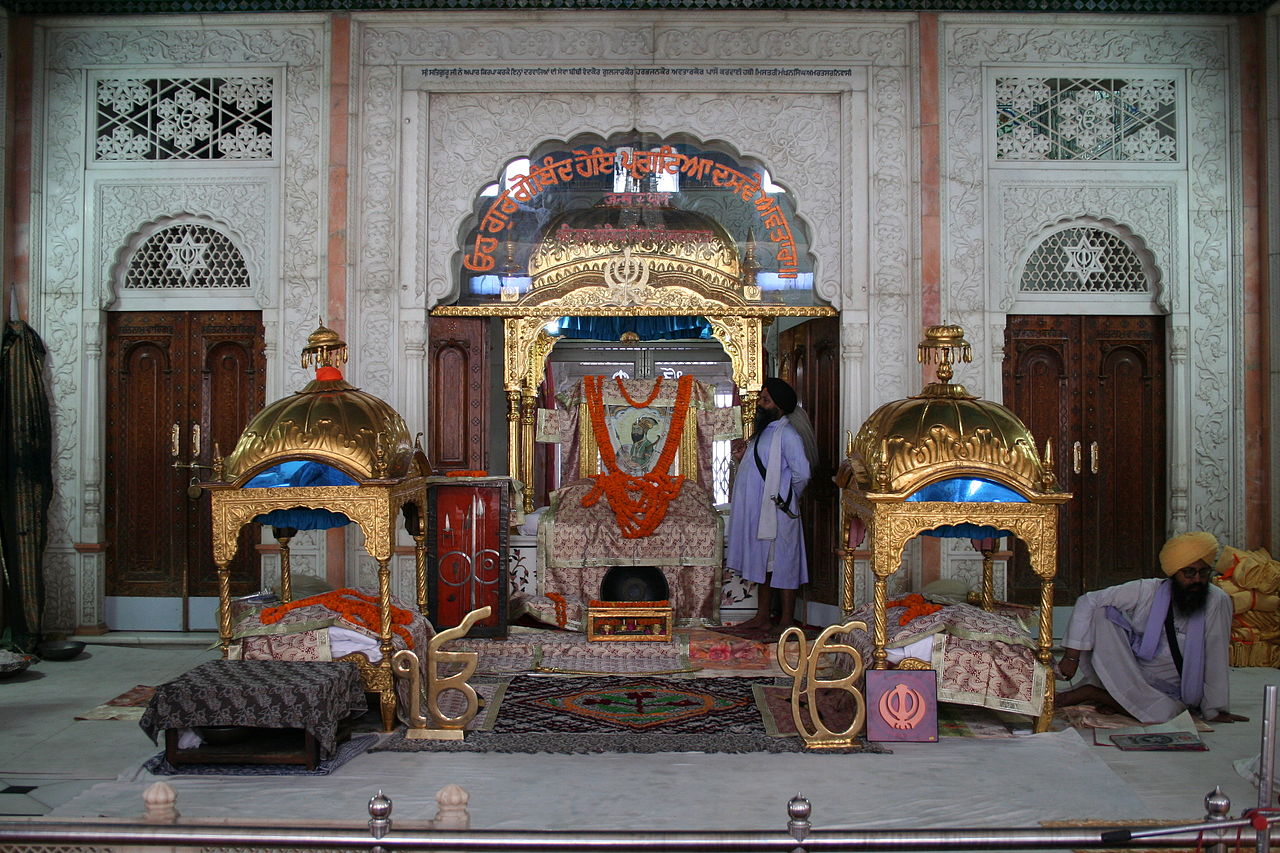