The kirpan is a sword or small dagger, originating from the Indian subcontinent, carried by Sikhs.

It is also part of a religious commandment given by Guru Gobind Singh in 1699, in which he demanded that Sikhs must wear the five articles of faith (the five Ks) at all times, the kirpan being one of five Ks. 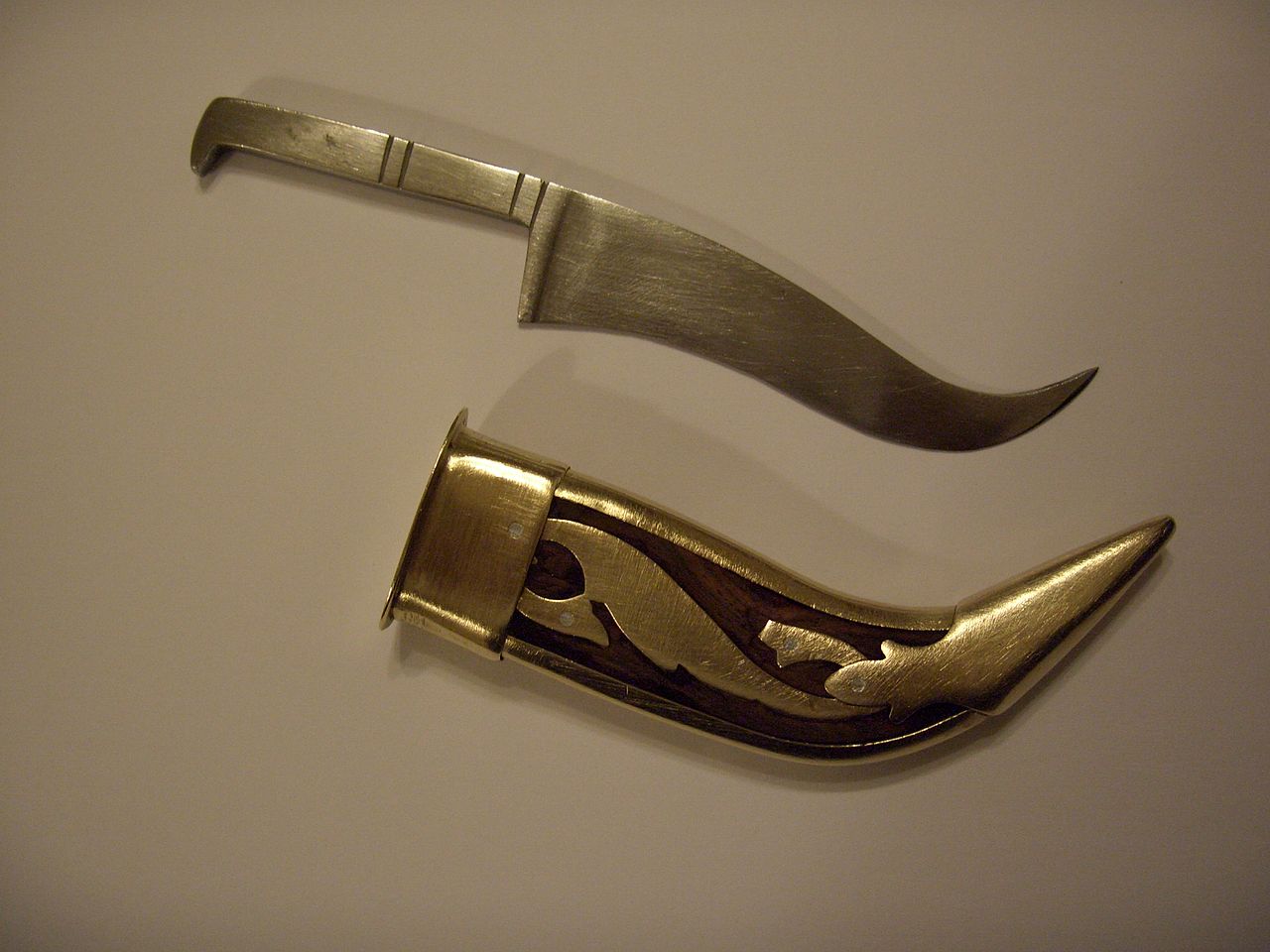 Sikhs are expected to embody the qualities of a Sant Sipahi or “saint-soldier” with the courage to defend the rights of all who are wrongfully oppressed or persecuted irrespective of their colour, caste, or creed.

Kirpans are curved and have a single cutting edge that may be either blunt or sharp. They are often between 3.0 inches (7.6 cm) and 9.0 inches (23 cm) long, and must be made of steel or iron.

Sikhism was founded in the 15th century in the Punjab region of medieval India. At the time of its founding, this culturally rich region had been conquered by the Mughal Empire from central Asia.

During the time of the founder of the Sikh faith and its first guru, Guru Nanak, Sikhism flourished as a counter to both the prevalent Hindu and Muslim teachings.

The Mughal emperor Akbar was relatively tolerant of non-Islamic religions and focused on religious tolerance. His relationship with Sikh Gurus was cordial. 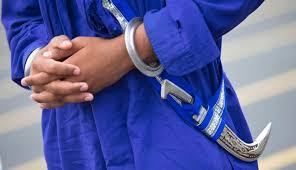 The relationship between the Sikhs and Akbar’s successor Jehangir was not friendly. Later Mughal rulers reinstated sha’ria traditions of jizya, a poll tax on non muslims, and encouraged conversions.

There is no historical evidence to suggest systematic forced conversations, though many softer coercive strategies were implemented.

The Guru Arjan Dev, the fifth guru, refused to remove references to Muslim and Hindu teachings in the Adi Granth and was summoned and executed.

This incident is seen as a turning point in Sikh history,[citation needed] leading to the first instance of militarization of Sikhs under Guru Arjun’s son Guru Hargobind.

Guru Arjan Dev explained to the five Sikhs who accompanied him to Lahore, that Guru Hargobind has to build a defensive army to protect the people.

Guru Hargobind trained in shashtra vidya, a form of martial arts that became prevalent among the Sikhs. He first conceptualized the idea of the kirpan through the notion of Sant Sipahi, or “saint soldiers”.

The relationship between the Sikhs and the Mughals further deteriorated following the execution of the ninth Guru Tegh Bahadur by Aurengzeb, who was highly intolerant of Sikhs, partially driven by his desire to impose Islamic law.

Following the executions of their leaders and facing increasing persecution, the Sikhs officially adopted militarization for self-protection by creating later on the Khalsa; the executions also prompted formalization of various aspects of the Sikh faith.

The tenth and final guru, Guru Gobind Singh formally included the kirpan as a mandatory article of faith for all baptised Sikhs, making it a duty for Sikhs to be able to defend the needy, suppressed ones, to defend righteousness and the freedom of expression.