Japji Sahib Audio is a prayer at the beginning of the Sri Guru Granth Sahib, considered the holy scripture of Sikhs. It was composed by Guru Nanak Dev Ji, the first Guru in the line of ten Sikh Gurus. Jap Ji Sahib begins with Mool Mantra and is followed by 38 pauris (stanzas) and ends with a final Salok at the end of this composition. 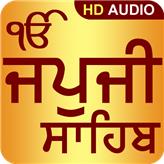 Jap Ji Sahib is believed to be the first composition of Guru Nanak and is now considered the comprehensive essence of Sikh faith. It is regarded amongst the most important Bani or ‘set of verses’ by the Sikhs, as it is the first Bani in Nitnem.